Embryo freezing – how does it work?

Home/Embryo freezing – how does it work?

At the Invicta Clinic, the technique of embryo cryopreservation used since 2007 is vitrification. 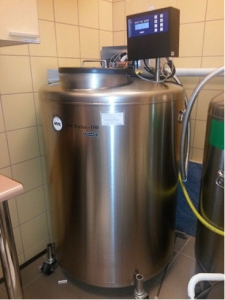 Contrary to the technique used earlier, i.e. slow freezing, it is much faster and definitely more effective. Vitrification consists in very fast cooling of embryos in the presence of protective substances, i.e. cryoprotectants. Such procedure allows to avoid forming of ice crystals, which is the main cause of damage to embryo cells during freezing.

In very simple terms, vitrification can be divided into two stages – at the first stage cryoprotectants penetrate the cells causing their dehydration and thus securing embryos against low temperature during freezing. The second stage consists in placing the embryo on a special carrier and quickly immersing it in liquid nitrogen (the cooling rate is approximately 20,000° C/minute).

Then, the embryo is placed in a special, properly marked strip – after such preparation it is ready for storage. Frozen embryos are stored in storage tanks in liquid nitrogen or its vapors, at the temperature from – 196° C to -150° C (pictures below show a storage tank for material storing in liquid nitrogen vapors at the Invicta Gamete and Embryo Bank, a view from outside and inside). 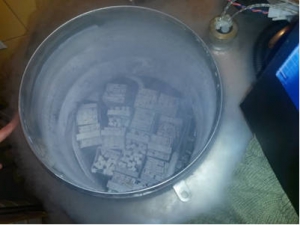 Vitrification requires high speed and precision; therefore the skills and experience of the embryologist is of utmost importance.
In our clinic, the huge majority of embryos are frozen in the blastocyst stage, approx. on Day 5 from fertilization. With this, embryos which demonstrate developmental potential are qualified for further procedure. A blastocyst qualified for freezing on Day 5 of culture should have at least size 2 according to the Gardner blastocyst grading system, visible inner cell mass (ICM) and proper trophectoderm (TE) structure. In the case of smaller embryos which reached the stage of small blastocysts on Day 5 of culture and where there are doubts regarding their developmental potential – we leave them for observation until Day 6. If the embryos fail to grow or start degenerating, they are not qualified for freezing.

At the Invicta Clinic the survival rate of the blastocyst stage embryos after thawing exceeds 95%.

The thawing process consists in very fast removing of the material from liquid nitrogen and placing it into a special solution. The embryo is incubated for several minutes in the media which allow the washout of cryoprotectants from its inside and its proper hydration.
Immediately after thawing, the embryo cells are “shrinked”; only with time the embryo regains its original shape – the blastocyst cavity increases and the cells which form it expand (images below). 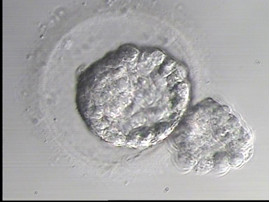 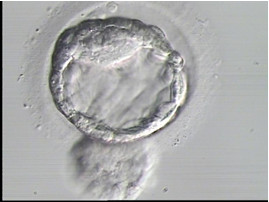 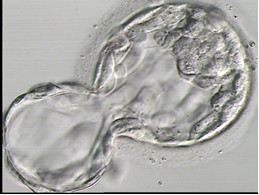 Blastocyst No. 1 before freezing 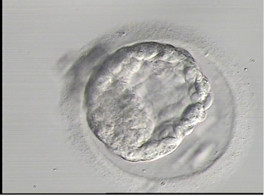 Blastocyst No. 1 after thawing 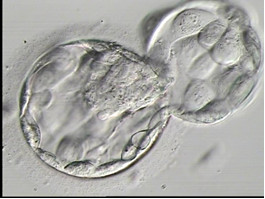 Blastocyst No. 2 before freezing 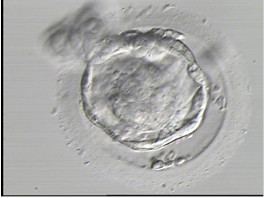 Blastocyst No. 2 after thawing 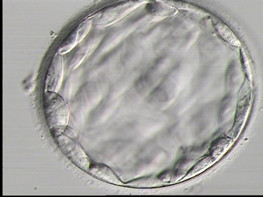 Blastocyst No. 3 before freezing 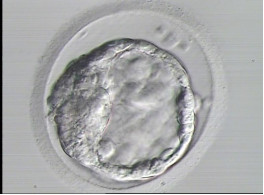 Blastocyst No. 3 after thawing

Embryos are thawed approximately from 3 to 4 hours before a scheduled transfer; this time is optimal for the expansion of the blastocyst cavity and the return to the baseline morphology.