Menstrual cycle – all you should know

Home/Menstrual cycle – all you should know 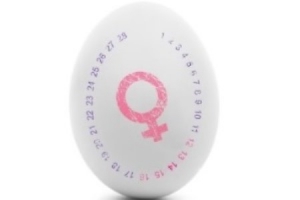 A woman is born with a few million immature egg cells in her ovaries. After the period of puberty, every month a dozen or so of egg cells grow and mature, of which usually only one is released from an ovary in the periovulatory period. A normal sexual cycle lasts on average 28 days – from 26 to 30 days.
Menstruations should not occur more frequently than 24 days and less frequently than 31 days. If they occur more often than every 21-23 days – this is an abnormal symptom called polymenorrhea. Menstruations occurring every 32 – 35 are considered oligomenorrhea. These are the conditions which indicate hormonal disorders and require specialist medical tests. Sexual cycle will constantly repeat until menopause, that is until approximately 45-50 years of age.

The cycle is controlled by sex hormones:

These hormones exert impact on changes within a woman’s reproductive organs – uterus, fallopian tubes, ovaries and vagina – which prepare an egg cell for fertilization, and the walls of the uterus for the development of pregnancy effect changes in a woman’s whole body.

The egg cell maturation processes are controlled by hormones – FSH and LH – secreted by the pituitary gland, which is the master endocrine gland as it regulates hormone secretion by all other endocrine glands. FSH stimulates the growth of a limited number of egg cells in an ovary. Under its influence, maturation of one of follicles starts in ovaries. The middle part of the follicle is gradually filled with a fluid containing follicular hormone – estradiol. At the same time, an egg cell matures inside. Estradiol causes thickening of uterine mucous membrane and its regeneration after the previous menstruation. When the process of egg maturation, which lasts approximately 14 days, is completed, another pituitary hormone, LH, stimulates the release of the egg cell from the ovary. This is a process called ovulation.

This phenomenon occurs in a woman usually in the middle of the cycle – between day 12 and 18. At this time, the fully mature follicle ruptures and releases to the peritoneal cavity the egg cell which is captured by fallopian tube fimbriae and waits for fertilization in the fallopian tube. The moment when the follicle ruptures and the egg cell is released is called ovulation. A woman can feel it as a not very strong pain in lower abdomen on the left or right side or in the sacral region.

In the ovary, in the place left in the ruptured follicle after the mature egg got outside, a corpus hemorrhagicum forms, which then transforms into a corpus luteum which produces a hormone called progesterone. Progesterone prepares the uterine mucous membrane for the reception of the fertilized egg, causing high blood supply to this membrane. The uterus so prepared will be able to nourish the embryo which will develop in it. The deficit of progesterone can lead to the loss of pregnancy at any stage of development.

If the egg cell is fertilized, the corpus luteum does not decay but is transformed into the so-called corpus luteum graviditatis which continues to produce progesterone. It helps to maintain the developing pregnancy, and during the pregnancy inhibits the maturation of subsequent egg cells. For this reason, progesterone is often called the hormone of pregnancy.
If the fertilization does not occur within a dozen or so hours after the ovulation, corpus luteum gradually atrophies and after 10 days transforms into a corpus albicans. This is associated with the gradual decrease in the level of progesterone in blood, which in turn causes the decreased blood supply of the uterine lining. After approximately 12-14 days from ovulation, this lining is shed (which manifests itself as menstruation). Most often, this lasts for approximately 5 days.

During the menstrual cycle, the levels of female hormones in a woman change, which can cause mood swings as well as skin and hair changes. Regular menstrual cycle with ovulation is shaped in the final phase of puberty, after about 2 years from its beginning. Menstrual cycles are the integral attribute of a woman’s biological maturity. They are the evidence that a girl becomes a woman and is capable of bearing children. In the same time, sexual drive appears. Normal menstrual cycles ensure the feeling of sexual health and are very important for psychical well-being.

Menstruation (menses, period) is the monthly bleeding from the reproductive tract, which lasts for several days and is caused by shedding and removal, through the vagina, of the fragments of mucosal tissue from the body of the uterus in which the fertilized egg has not been implanted. Menstruation links the end and the beginning of a woman’s menstrual cycle counted from the first day of the last bleeding to the first day of the subsequent menstrual bleeding. Typically, a woman begins to menstruate at the age of 12 or 13. In a healthy woman, menstrual bleeding lasts for approximately 5 days, without highly painful uterine contractions. During the menstruation, a woman loses on average about 100 mL of blood. However, the discharge should not contain blood clots. It is not good either when bright blood appears in it. Both very sparse bleedings and the loss of a larger amount of blood require gynecological consultation. A woman should also see a gynecologist if the bleeding is longer than 7 days. The absence of menstruation can be caused by hormonal disorders, defects of the structure of the uterus, pregnancy.

The fertilization of an egg cell by a spermatozoon which gets into it and the normal development of early pregnancy interrupt the menstrual cycle. From this moment, ovaries start producing hormones which initiate the proper implementation of the fertilized egg in the uterus and further development of pregnancy until the formed placenta takes over this function, which happens in about 16 or 17 weeks of pregnancy. Therefore, the absence of the next menstruation should be a signal to do the pregnancy test which detects the presence of chorionic gonadotropin in a woman’s urine. Human chorionic gonadotropin, or hCG, is a hormone which appears in the blood serum and in urine of pregnant women already within few days after the egg implantation in the uterus; afterwards, its concentration rises until around 9-11 weeks of gestation and then gradually decreases until a certain level. The pregnancy test detects hCG even before the expected menstruation, but more reliable results are obtained when the presence of chorionic gonadotropin is determined by a laboratory blood test.