Reasons for failures of IVF (in vitro fertilisation) cycles

…a failed IVF cycle is not a complete failure!
It is a chance of more successful treatment…

Patients after failed IVF cycles are a special group.

Although information on lack of pregnancy is an emotional burden, data obtained during therapy may be significant for further management. If they are used appropriately, they allow to modify treatment and to increase chances of pregnancy during the next attempt.

We use an individual approach to each couple with a failure of in vitro fertilisation in the past. We offer a personalised set of expanded tests and additional specialist consultations, if necessary. Based on the analysis performed by a medical team, we prepare an alternative approach based on the most current knowledge, experience of many years and the latest diagnostic tests and therapeutic approaches.

Statistics regarding patients who were admitted to INVICTA Clinics from other centres, also international ones:

Based on the results of research studies, when controlled hormone stimulation of the ovaries is planned based on the ovarian reserve assessment (AMH), it significantly increases a chance of an appropriate response of the patient’s body to medications. When results of AMH and additional tests during hormone therapy are not included, the efficacy may be affected.

The following factors may also be significant in case of failures at the stage of a response to stimulation: selection of a stimulation type, day when treatment was started, presence of an early dominant follicle in the ovary (its activity may inhibit growth of other follicles).

In some patients, a response to stimulation is too poor despite appropriate levels of AMH (approximately 20% of cases, so-called hyporesponders). Abnormalities may also be associated with genes – they may result from polymorphisms or mutations in the genes for hormones such as LH, FSH, oestradiol and other hormones and their receptors.

An abnormal response to stimulation may result in the following, among others: lack of oocytes for collection, obtaining immature cells, hyperstimulation syndrome.

modified management of stimulation taking individual patient’s needs into account, use of additional pharmacotherapy, genetic diagnostic tests for polymorphisms of respective genes that may affect therapy

The quality of oocytes is the most significantly affected by the woman’s age as well as their level of ovarian reserve (the older the patient is, the lower AMH levels are, and the lower cell capacity for fertilisation and normal division). At the same time, impaired gamete quality may be a result of deficiencies of various substances such as DHEA, GH, testosterone. It may also be associated with abnormal functioning of proteasomes (responsible for degradation of unnecessary particles inside a cell).

A low quality of oocytes signifies a poorer prognosis with regard to successful fertilisation and normal embryo development.

in case of deficiencies – appropriate, individualised supplementation based on the patients’ test results; in case of an increased genetic risk – specialist consultations, parents’ tests, PGS/PGD preimplantation diagnosis, in vitro programme with oocytes from a donor.

The quality of the partner’s semen may be one of the reasons for failures of in vitro fertilisation programmes.

Despite normal basic parameters, male genetic material disturbances or sperm immaturity may result in lack of fertilisation or inhibition of embryo development. Expanded diagnostic tests are recommended when male factors are suspected.

consultation with an andrologist, tests, such as, among others, sperm DNA fragmentation, sperm morphology analysis under magnification (MSOME), hypoosmotic swelling test (HOS), expanded semen analysis SOME+HOS and sperm-hyaluronan-binding assay. Appropriate diagnostic tests are recommended by a physician based on indications, andrologic treatment, testicle biopsy, procedures in an in vitro laboratory – such as sperm separation, FAMSI, IMSI-MSOME.

Morphology of oocytes is normal but there is no fertilisation

Gamete interaction is a complex reaction involving many factors and mechanisms. The intracellular calcium levels are elevated in a mature, normal sperm. Prior to fertilisation of an oocyte, a sperm has to be able to bind to and penetrate the zona pellucida.

As a result of gamete fusion, a sperm introduces a factor activating the oocyte into the cell: phospholipase C zeta (PLC zeta) that is responsible for the formation of appropriate levels of free calcium ions inside the oocyte. These levels are responsible for activation of an oocyte and allow for subsequent cell divisions and embryo development. However, sometimes this mechanism fails.

In case of couples who receive in vitro treatment, it is possible to observe a low rate of fertilised oocytes (below 30%) or complete lack of such cells.

oocyte activation using calcium ionophores; this method may increase the fertilisation rate even by 40%. At the same time, it is safe for further embryo development. Expanded diagnostic tests for male factors. Techniques supporting selecting an appropriate sperm at an in vitro laboratory (IMSI-MSOME, FAMSI).

During the first days after fertilisation, embryos are provided with optimum conditions for growth and their progress is carefully monitored by embryologists.

Impaired division at this stage, inhibited development or severe abnormalities in this process usually have genetic background. In such situations, it is recommended to perform complex tests of future parents and to plan treatment based on information achieved.

% couples who may have this problem

Failures at the stage of implantation may result from abnormal development of embryos or problems with the endometrium/uterus.

The woman’s age, her ovarian reserve, presence of genetic mutations and an increased rate of partner’s sperm DNA fragmentation; all these factors may increase the risk of genetic abnormalities and result in embryo death, even prior to its implantation into the uterine wall.

Impaired implantation may result from the presence of polyps or abnormal endometrial growth, changes in the uterus (myomas, adhesions) or an abnormal uterine structure.

In few cases, failures after transfer may be a result of immune factors. A reason for failures should be verified by expanded diagnostic tests.

% couples who may have this problem

Recurrent (at least 2) pregnancy loss or miscarriages at an early stage observed for the same couple may have various reasons – including endocrine factors, but also genetic, immune or anatomic factors.

Therefore, patients experiencing such problems require expanded diagnostic tests and counselling provided by a team of specialists from various fields. It is also recommended to provide appropriate psychological support, such as Tender Loving Care (TLC).

Contrary to common knowledge, stress and emotional status of a patient may affect her chances of sustaining pregnancy.

depending on reasons of failures that have been diagnosed – depending on the causes of this problem (starting from medications, supplements, small procedures and ending with embryo genetic testing – PGS/PGD diagnosis)

Reasons for infertility among patients undertaking an in vitro programme

The most common reasons for infertility that have been diagnosed in the American population – according to SART – Society for Assisted Reproductive Technology. Data were prepared for a group of patients who undertook a programme of in vitro fertilisation. Reduced ovarian reserve and male factors are two most common reasons for infertility. The INVICTA Clinic has been conducting research studies for many years, and, as a result, it has good efficacy among couples with reduced AMH and with male factors. Consequently, at our Clinics, we can use latest diagnostic tests and procedures every day.

The chart presents percentage of interrupted in vitro cycles due to lack of oocytes for collection and lack of embryos for transfer – according to SART – Society for Assisted Reproductive Technology. Lack of cells for collection means that it was not possible to collect oocytes from a patient for some reasons (e.g. reduced ovarian reserve, inappropriately scheduled stimulation protocol). In case of lack of embryos for transfer – despite oocyte collection – it was not possible to fertilise oocytes or cells had been fertilised but embryo development was abnormal.

Aneuploidies in embryos and the woman’s age

The chart presents a correlation between the woman’s age and presence of chromosomal aneuploidies in embryos – according to SART – Society for Assisted Reproductive Technology. Data were prepared for a group of patients who undertook a programme of in vitro fertilisation – a biopsy of embryos was performed at the blastocyst stage. It can be easily observed that genetic abnormalities in embryos are also common (approximately 31.7%) in women younger than 35 years. They may lead to failed implantation, miscarriages or pregnancy loss. INVICTA Clinics have been performing tests for chromosomal aneuploidies in embryos since 2005 – since 2013, we have been using the latest technique: NGS (Next Generation Sequencing) that provides the greatest possible accuracy of reading genetic material.

Miscarriages and the woman’s age

The chart presents a correlation between the woman’s age and miscarriages in a given group – according to SART – Society for Assisted Reproductive Technology. Data were prepared for a group of patients who undertook a programme of in vitro fertilisation. The mean for patients older than 35 years is 33.7%. Miscarriages may have a genetic background – presence of chromosomal aneuploidies in embryos. INVICTA Clinics are dedicated to management of patients who have experienced miscarriages and pregnancy loss. Thanks to PGS-NGS 360 embryo genetic diagnostic tests, we achieve very good results – the efficacy above 70% – confirmed by international publications in this field.

Consultation after a failure at INVICTA Clinics

Since 2000, INVICTA Clinics have been dedicated to the most difficult cases. People who have experienced failures of in vitro programmes constitute a large number of our patients.

We have been supporting couples not only from other Polish centres but also from centres in the United Kingdom, Scandinavian countries, Australia, USA, Canada or Russia.

Every day, a dedicated team of experienced INVICTA specialists manages cases of patients in whom previous attempts of in vitro treatment failed. Our approach is based on expanded diagnostic tests (our tests are performed at our own Medical Laboratories), comprehensive know-how and current research reports.

Tests that should be considered in case of a failure of an in vitro programme:

When diagnosing reasons for failures of in vitro fertilisation programmes at INVICTA Clinics, particular attention is paid to the following:

We offer on-line consultation or an appoinment
whichever works better for you.

Patient consultation after failed IVF programs.
Fill the form – our consultant will contact you within one business day.

Find out why your IVF program, was unsuccessful. 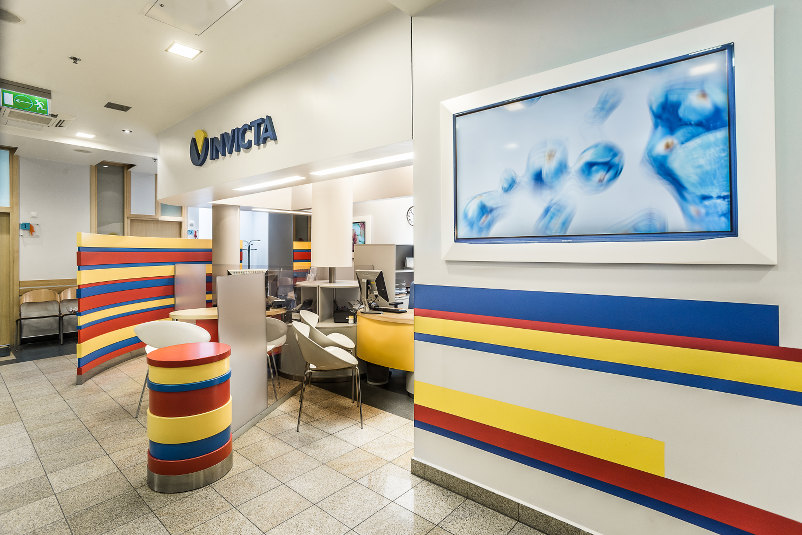 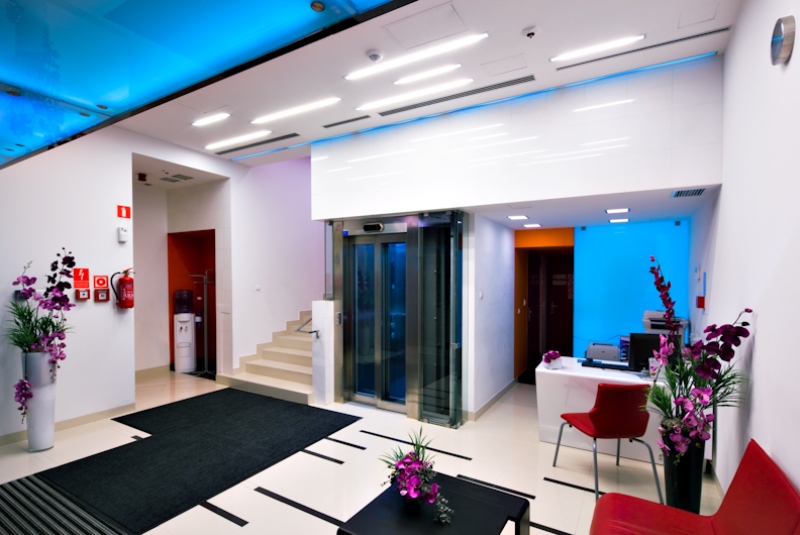 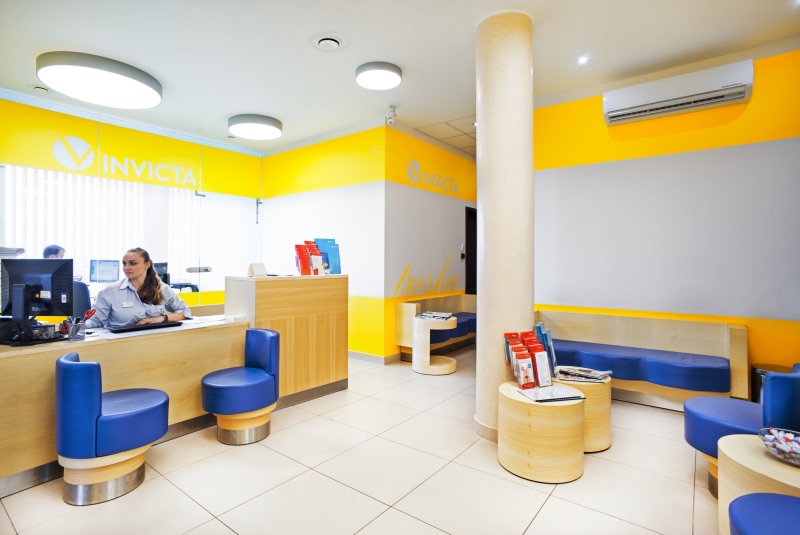 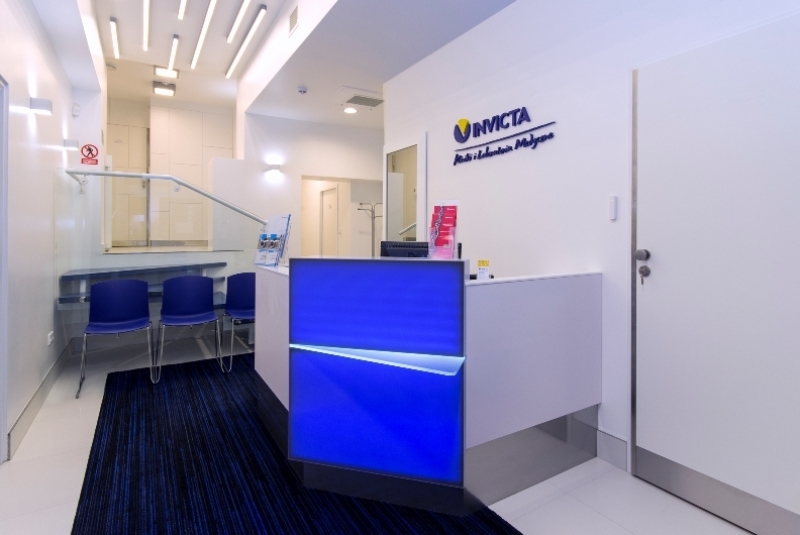 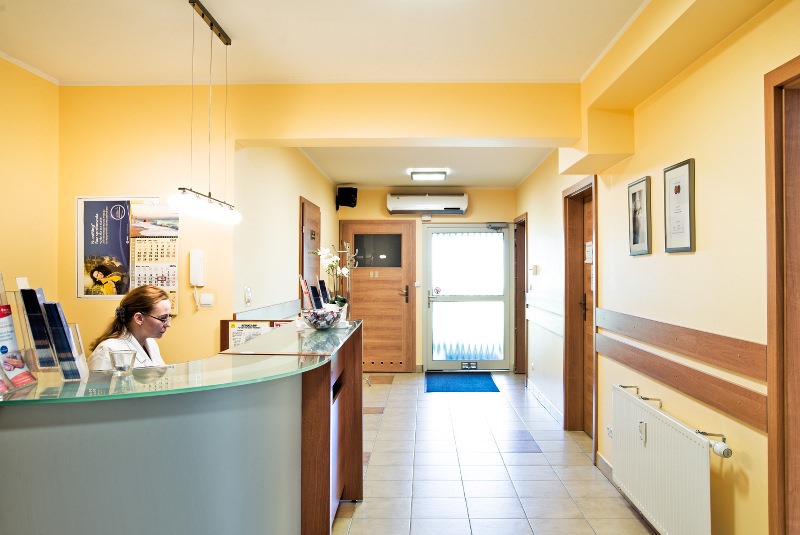 Doctor of Medicine – 2nd degree specialist in gynaecology and obstetrics. He has the FMF certificate of Competence. He is particularly interested in issues relating to gynaecology, treatment of couples infertility, prenatal diagnostics andultrasound imaging according to FMF standards.

Doctor is the member of the Polish Society of Reproductive Medicine (PSMR) and the Polish Gynaecological Society (PTG). 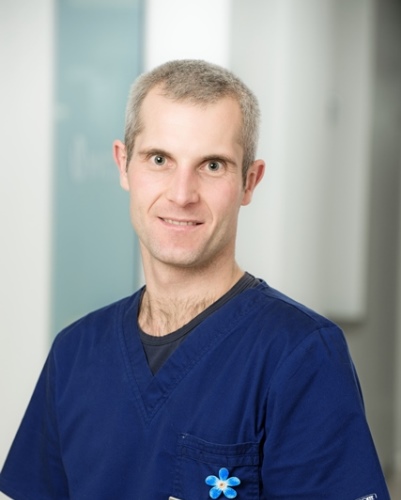 Specialist in obstetrics and gynecology.

Second degree specialist in obstetrics and gynecology. Over 7 years of experience. 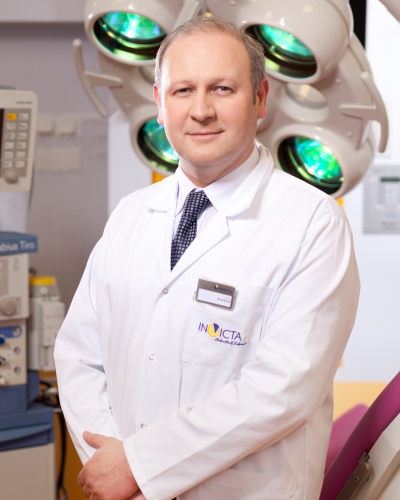 Doctor is the member of the European Society of Human Reproduction and Embryology (ESHRE), the Society of Gynaecological Endocrinology and the Androgen Excess & Polycystic Ovary Syndrome (AE-PCOS) Society. He is the author and co-author of scientific publications and conference reports. 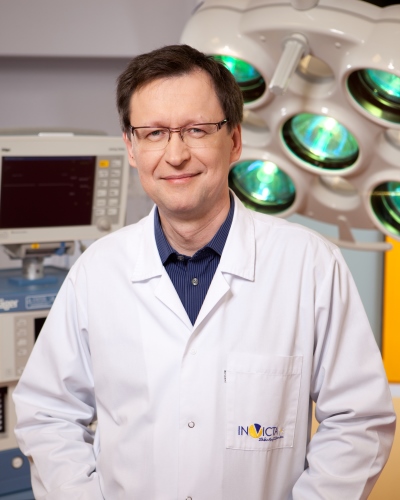 Over 20 years of experience.